We are pleased to announce that Harvey Raw is now a certified H.S.A Open Water diver.  A fantastic effort by him over a very long (Covid) period.  Now he looks forward to diving with the rest of the family.  We will be presenting him with his Certificate at the October pool session.

For all our latest news read our summer newsletter here

Scuba diving for people with disabilities and disadvantages

Scuba diving can be enjoyed by virtually anyone, regardless of physical ability. In fact, if you have a disability, scuba diving can offer you a unique sense of freedom by transporting you into a world of weightlessness and unlimited intrigue.

Visit tropical coral reefs, historic shipwrecks, underwater caves, swim with dolphins in their natural habitat. The possibilities are endless and every dive immerses you in your own brand new adventure.

At 3 months old, Harvey was diagnosed with Down Syndrome and, just like many new parents faced with the same news, our thoughts focused on what that diagnosis would mean for our baby as he grew up and all the things he would never be able to do.

Happily, Harvey has spent almost every day since then proving us wrong and exceeding all our expectations.

However, when his older brother discovered a passion for scuba diving, I thought that we had finally met a barrier that Harvey wouldn’t be able to overcome, and that diving would be beyond him.

At his first session, Harvey showed that he wasn’t fazed by all the equipment and his love of swimming extended to being underwater as well. Indeed, I felt that I didn’t have two children at all, actually I seemed to have two fish!

Two years later, the patience, energy and creative thinking of everyone at Diveability has opened up a whole new world for both Harvey and myself.  In spite of my own terror of being underwater, the instructors have shown me that I too can overcome my fears to share the buzz that the rest of the family get from scuba.

Harvey just loves being underwater – getting ready for a diving session is one of the only times where he doesn’t need constant reminders and chasing round the house to get ready to leave, while keeping up with him in the pool is a feat in itself. I love the sense of achievement that I get when I manage to complete a task which has made me so nervous. We are both learning skills which I would never have believed possible.

The dream was of our whole family going out and scuba diving in the sea together, Diveability made this a possibility and through them Harvey is now a certified HSA Open Water diver so this is a reality we can all look forward to sharing for many years to come. 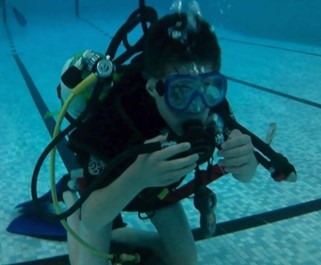 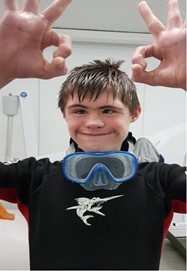 Hello my name is Joe Davis.  I am 21 years old, I have Asperger’s Syndrome, Cerebral Palsy and I attend a specialist Asperger’s College in Frome, Somerset.

In my early teens I was a shy, nervous teenager with little self or social confidence.

In 2015 my Dad saw Diveability make a presentation to his local dive club in Kingston.  He thought diving might be a good way to improve my self-confidence, self-esteem and ‘take me out of my comfort zone’.

I started to attend Diveability pool sessions with my Dad and these sessions allowed me to progress at my own pace. It took some time for me to gain confidence in the water but thanks to the patience of the instructors and the warm friendly supportive atmosphere I made progress.

I went on holiday with Diveability with my parents to Sharm El Sheik in 2015 and El Gouna in Egypt in 2016 which helped build my confidence in the water, improved my dive skills. and boost my social confidence in meeting new people and responding to new social situations.

Diveability has made such a difference to me. It has made me a more confident person, I am proud that I am now a qualified diver. I am more comfortable in social situations and more comfortable in meeting new people. I am so happy I can dive with my parents and share so many wonderful experiences.

Without Diveability I would never have experienced the amazing underwater world and dived with whale sharks, manta rays, dolphins as well so many beautiful coloured fish! 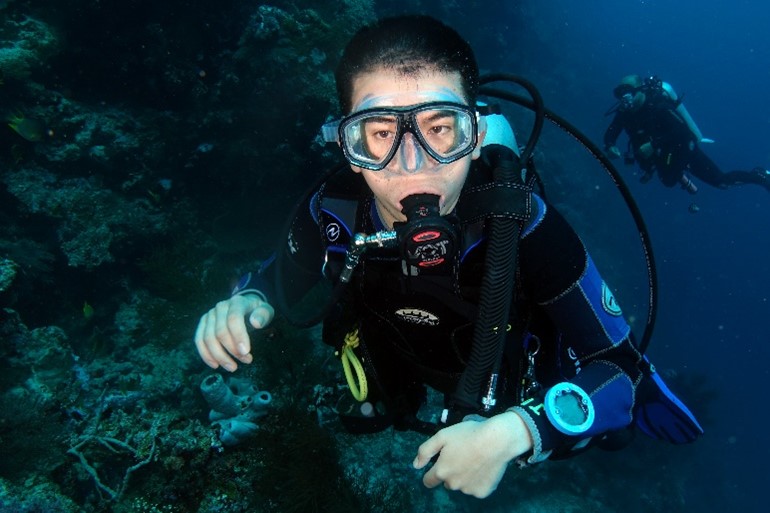 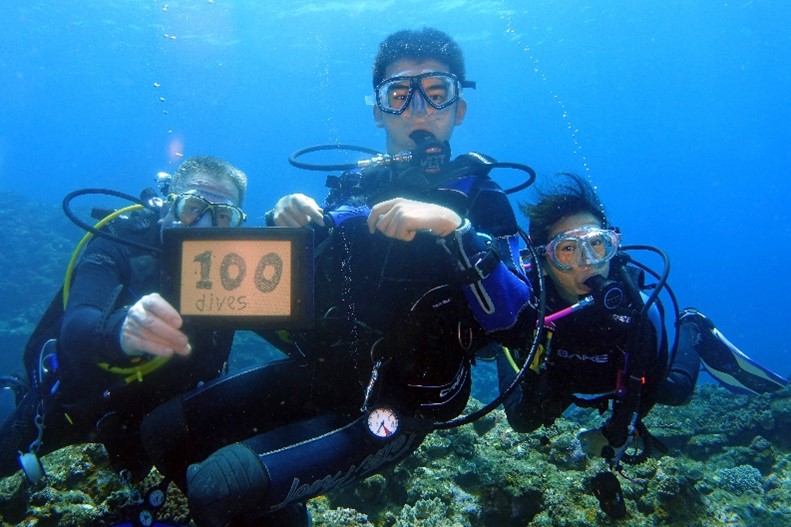 Dive Ability is proud to be associated with the HSA. The HSA was founded in 1981 and is now the world’s leading authority on recreational diving for people with disabilities. We have a dedicated team of fully qualified instructors, divemasters and assistants who will work with you to help you achieve your goals. Courses lead to internationally recognised qualifications.